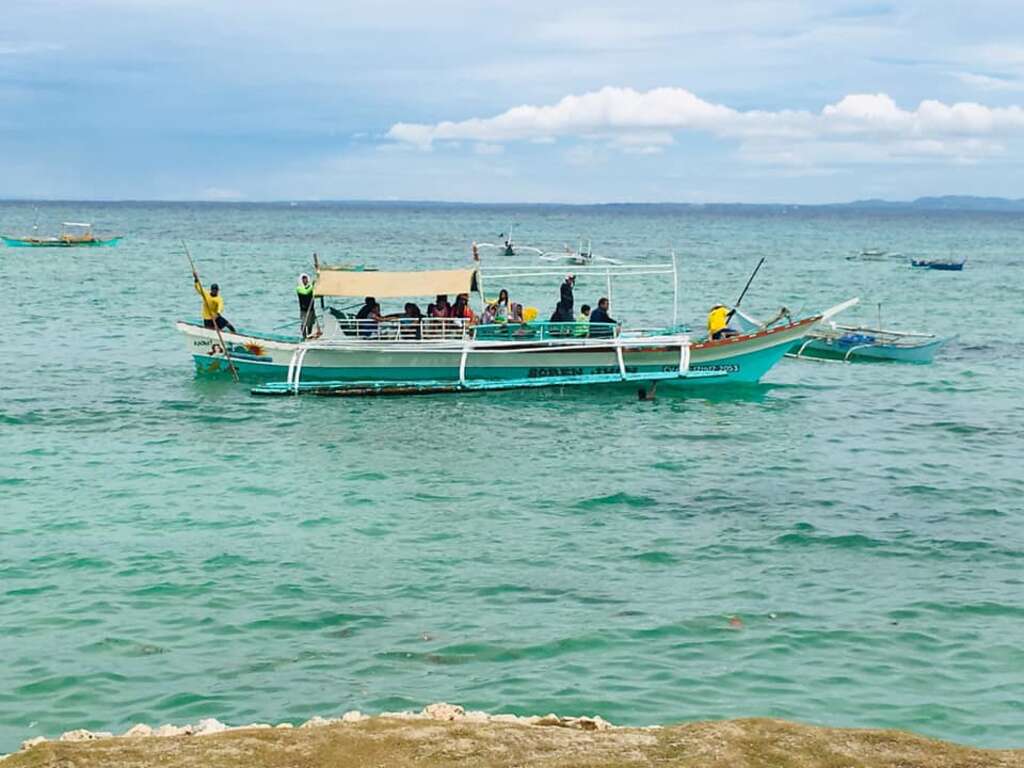 For a lot of foreigners, retiring in this part of the world is a no-brainer because of the many things it offers aside from its majestic landscapes. The list of the best places to retire in the Philippines is rather long. The country has nearly everything for everyone, regardless of lifestyle, with its 7,107 islands boasting stunning beaches, upland communities, and bustling cities.

Deciding on which among the thousands of islands you want to settle down might be difficult. Fortunately, it becomes a little bit simpler to reduce the list down by considering the cost of living, the availability of essential commodities, and the general retirement ambiance of the place.

Reasons to Retire in the Philippines

The Philippines is an archipelagic nation with a relatively low cost of living that leaves a lot of room for all forms of amusement and recreation. Its government is highly focused on attracting foreign retirees, offering various benefits that are mainly accommodating to expats. Financial incentives are on the table, including discounts for those over 60 years old and the ability to conduct business and live here indefinitely, once granted permanent resident status. Whether you’re a foreigner or a national returning to the country, you would feel the warmth of home in the Philippines.

In line with the impending Bureau of Immigration Modernization Act, visas and immigration in the Philippines have changed over the past 12 months. As of writing, there is a proposal for updated services that will have an impact on Philippine immigration and visas, but not on retirees.

Because several aspects of the Philippine immigration law have not been updated for many years, the modernization act is long overdue. Thus, the immigration agency seeks to urbanize its operations. However, this has little bearing on the existing conditions for foreigners seeking to retire in the Philippines.

The official term of a non-immigration visa for foreigners who want to retire in the Philippines is the special resident retirees visa (SRRV). The retirees’ age, financial situation, and history are often the three main considerations. You might need to provide more information, depending on the type of retirement visa in the Philippines you’re applying for.

Here’s a list of the requirements that apply to all retirement visas in the Philippines:

Best Places to Retire in the Philippines: Mindanao

Did you know that Mindanao is home to the safest city in the Philippines? Yes, Mindanao, the country’s second-largest island and main source of food. Northern Mindanao, Soccsksargen, Caraga Region, Zamboanga Peninsula, and BARMM are the six regions that make up Mindanao (Bangsamoro Autonomous Region in Muslim Mindanao).

Another notable feature of Mindanao is its top tourism sites, in addition to being the country’s surfing center. They are sought-after tourism destinations for both domestic and international visitors because most of their locations are untainted by modern technology. For nature enthusiasts and international visitors to Southeast Asia, Mindanao is an excellent tourist destination. It boasts magnificent waterfalls, immaculate white sand beaches, and the opportunity to hop from one lovely island to another.

We’ve rounded up five of the best places to retire in Mindanao. Take your pick!

The biggest city in Mindanao is rich in culture, natural beauty, commerce, and fresh food. It also appears that assimilation has long been its guiding principle, making Davao one of the nation’s most multicultural and tranquil regions.

The city is a picturesque destination and a popular spot for retirees wishing to live in the Philippines. Davao’s appeal stems in part from its generally slower pace of life. Being one of the least expensive regions in the country is one advantage of living in Davao as a foreigner.

If you enjoy the beach and are looking for the best places to retire in the Philippines, Samal Island is reachable from Davao City. You may travel to the island, where there are many things to do and see for retirees, with just a quick ferry ride.

This lovely island is close to Cebu and Davao. Siargao has played host to a large number of visitors over the years, most frequently as a result of its breathtaking landscape and exquisite beaches.

City life and island life are always very distinct from one another, and choosing between the two might be challenging for retirees in the Philippines because each offers a completely different experience. However, the benefit of having a retirement visa in the country is that you have access throughout the entire nation.

One disadvantage of living on an island is that the costs of basic commodities might be rather high. Since many goods are imported and transported by sea, island business owners frequently pay significantly more for their goods. In addition, a lot of the nearby islands are usually quite popular, which would contribute to the higher cost of living. Nevertheless, Siargao will remain as one of the best places to retire in the Philippines

The cultural center of Mindanao has consistently been Cagayan de Oro City. Its economy is based on agriculture and real estate developments, particularly commercial and leisure. Clear-water rafting is one of the city’s many natural attractions, thanks to the Cagayan de Oro River.

Cagayan de Oro is the 10th most populous city in the Philippines and is heavily urbanized. Yet, it is still the perfect destination for retirement because it is still relatively rural and laid-back while also having a ton of recreational and medical amenities. The city has frequent scheduled flights to Manila, Cebu, and Davao, making it relatively accessible.

The provincial capital of Davao Del Norte has always been eclipsed by its more well-known neighbor, Davao City. Tagum, however, has recently attracted a lot of attention. It is regarded as one of the most livable cities in the Philippines and is the site of numerous festivals, such as those honoring music and bananas (one of its main crops is the beloved fruit enjoyed all over the world). The Pan-Philippine Highway provides easy access to Davao’s international airport, and the city also contains several excellent hospitals, national bank branches, higher schools, and shopping malls.

Beautiful and soothing, the island of Camiguin is situated off Mindanao’s northernmost point. It is regarded as an adventurer’s paradise because of its volcanoes that can be hiked, its sunken cemetery, and its amazing hot and cold springs. Here, you may enjoy the finest of both worlds and decide whether to kick back and unwind or go on an adventure. You will have fun in either scenario.

Best Places to Retire in the Philippines: Visayas

Over 8 million tourists visit the Philippines each year, flocking to its sought-after tourist destinations such as the white-sand beach in Boracay and the Chocolate Hills of Bohol. The country, however, isn’t just a destination for vacationers and thrill seekers. Expats looking for a new place to call home have found the Philippines to be an irresistible choice.

For those who would prefer to stay away from Metro Manila or Luzon in general and think that Mindanao might be too far, the Visayas awaits. We’ve rounded up five of the best places to retire in the region.

The city of Cebu is urbanized and it’s one of the best places to retire in the Philippines. It offers a lifestyle for everyone.

If you enjoy the bustle of a city that is outside Metro Manila, Cebu is the ideal location because it is adjacent to numerous famous landmarks and well-liked locales like the Cebu IT Business Park. It is also near Mandaue City, where most are a little cheaper, making it ideal for a low-cost retirement in the Philippines.

The proximity of Cebu to the place frequented by the magnificent whale sharks of Oslob and the city’s dazzling white sand beaches are two main reasons for retiring there.

Cebu is hailed as one of the top three cities in the Philippines, which might not seem like the ideal location for a retiree hoping for some peace and quiet. What it offers are extensive metropolitan amenities while being an island location. It is close to a good number of tropical resorts and natural attractions, such as Mactan Island’s white sand beaches.

Given that Cebu is a major city, real estate might occasionally be a little pricey. There are, however, many possibilities offered by numerous residential developments of some of the largest real estate corporations in the nation.

This hidden gem, which is located south of Cebu Island, is highly known among expats for its stunning landmarks and welcoming inhabitants.

Compared to Cebu City, Dumaguete offers a slower pace of life and maintains its distinctive charm and culture. Many people attest that one advantage of residing in this area is that the natives are among the friendliest and most charming, making it one of the best places to retire in the Philippines. No wonder it is known as the “City of Gentle People.”

If you are on the lookout for beachside living on a budget, Then Dumaguete is also your destination. It is full of beach resorts and dive spots, typical of a provincial capital of an island province.

Located in Central Visayas, Bohol Island offers the ideal fusion of geological wonders, history, and adventure. It is renowned for being a playground for those seeking wondrous thrills. But if you just want to appreciate the tranquil and gorgeous coral reefs, you can either stay in Tagbilaran, the province’s capital, or near the Chocolate Hills. The island’s distinctive topography and paved roads are simply wonderful.

The Western Visayan region’s center of trade, industry, and commerce is the Greater Iloilo area, which includes Iloilo City and 10 municipalities. Business process outsourcing is flourishing there. As a result, every aspect of its infrastructure is first-rate, including its brand-new international airport, top hospitals (such as the first kidney transplant facility in the Philippines outside Manila), schools, and the second-most significant seaport in the Visayas.

Unsurprisingly, real estate developers have taken notice. Megaworld has unveiled its 10-story, 156-unit One Madison Place Luxury Residences here. This would transform a former airport into the Iloilo Business Park.

This little island is regarded as the meeting point of two amazing worlds, which are represented by two beaches. Bulabog Beach is where you can experience powerful waves. White Beach, on the other hand, offers visitors a great time lazing around and soaking up the sun. Since the island is only around 7 miles long, walking will get you everywhere. This is one of the very few spots where everything is within walking distance, from the beach to the nightlife.

Before you begin your retirement journey, looking for a home to permanently reside in is one of the utmost priorities. If there’s a property platform where you can start, it’s enta.ph. The possibilities and resources are all yours to explore, especially when it comes to home-buying tips and how-to guides.

Want to know more? Make the most of your real estate investment by reaching out to us via hello@enta.ph.

If you’re an Overseas Filipino Worker and are considering making an investment, why not try real estate? Check out how to make the most of your move.