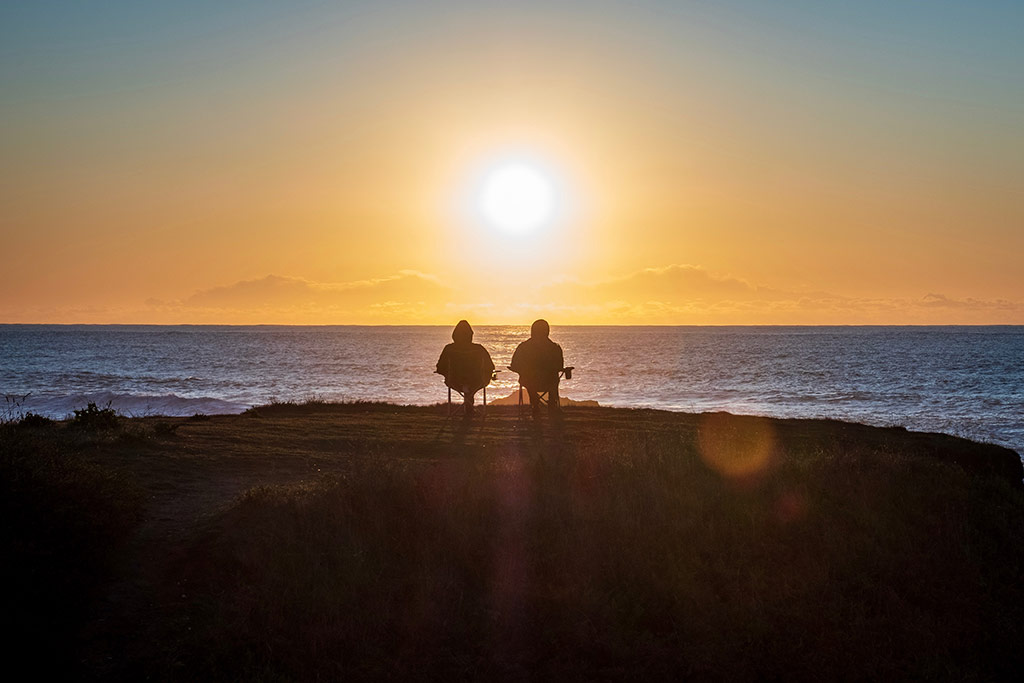 The Philippines continues to be a magnet for foreigners who want to go on vacation or are looking for the most ideal places and best cities for expats to live or retire in.

In 2021, more than 130,000 individuals from varied countries who held valid immigrant and non-immigrant visas issued by the Bureau of Immigration (BI) filed their annual report (AR) in different offices of the government agency across the country. The AR is a mandatory directive under the Alien Registration Act of 1950 for all foreigners to appear before the BI within the first two months of the year. Failure to do so could result in fines, cancellation of visa, deportation, or imprisonment.

If you think that’s a lot of foreigners enjoying Filipino hospitality, you’d be surprised to know that the figure is 25% lower compared with that of 2020 when 169,890 filed their AR. This, according to the BI, was expected because of COVID-19, which restricted the movement of people.

But, with the pandemic seemingly winding down in many parts of the world including the Philippines, we are seeing an uptick in the arrival of tourists in the country, and this bodes well not only for the tourism industry but for real estate as well. We can see a lot of people looking for the most recommended cities for expats and making the Philippines their second home.

Did you know that each year, an average of 8 million international tourists flock to the Philippines so they could check out the powdery white sands of Boracay or the pristine and cool waters of Palawan? And that’s just two of the myriad places in the country that attract foreigners here, not to mention the locals who make them feel at home wherever they go. It’s no wonder that many of them decide to stay for good or come back when they retire.

But where should an expat make their permanent home away from their country of birth? In the Philippines, there are a lot of excellent choices that it can be hard to decide on one. And so, we have narrowed down your options to this list of the best cities for expats.

Its generally cool weather even in the summer has earned Baguio the title of Summer Capital of the Philippines. At an elevation of more than 5,200 feet, it’s right up in the mountains but it has all the amenities and features of highly urbanized areas.

Baguio is definitely one of the best cities for expats, especially those who like cool weather, a laid-back and artsy vibe, being close to nature, and learning about indigenous Filipino cultures.

Baguio has its share of upscale dining choices and international restaurants—although not as many as what you will find in Metro Manila—and shopping centers and supermarkets. It’s just two hours away from the amazing beaches of La Union so you can get your regular dose of vitamin sea. For more detailed information on Baguio, check out our Baguio Neighborhood Guide.

Metro Manila folks who would like to escape the summer heat but don’t want to spend around five hours going to Baguio have the pleasant alternative that is Tagaytay. Depending on the traffic situation, you can be in this small town in less than two hours when you’re coming from Manila.

Nestled around 2,000 feet above sea level, Tagaytat not only offers a cooler climate but also a fantastic view of peaceful mountains and the small but terrible Taal Volcano. Laid-back yet highly urbanized, Tagaytay is the perfect place for people who would like to settle down in a peaceful town, away from the hustle and bustle of the city, yet near enough to the metro that the commute to and fro is not a deal-breaker.

Get more information about Tagaytay in our neighborhood guide here.

Once ranked by CNN as one of “Asia’s Most Livable Cities,” Davao also has the distinction of being given the Safe Haven award, affirming its lofty reputation as the safest city to live in the Philippines. It’s also the biggest when it comes to land area and the third-largest in terms of population.

However, unlike most metropolitan areas in the country, Davao boasts the lowest prices of goods, cleaner air, streets free of traffic jams, and a low crime rate. It is highly urbanized, yet it is able to maintain its natural resources, showcased by its public parks and green areas. Adventurers can also go scuba diving near the city and check out shipwrecks from World War II.

If you love the island lifestyle yet still need access to modern amenities, then Dumaguete is perfect for you. Listed at number 5 in Forbes’ 7 Best Places to Retire Around the World in 2015 and the best place to retire by the Department of Tourism and the Philippine Retirement Authority in 2019, Dumaguete is surely worthy of such accolades as it offers a low cost of living amid a quaint environment that echoes a Spanish colonial past and satisfies modern necessities.

If you want to be at the center of all business and entertainment activities in the Philippines, you’d have to live in Makati. Expats for sure won’t mind the cost of living here as it is still way below what you would spend in the United States or Europe. By local standards, however, it is truly on the more expensive side.

Arguably, Makati might be the most upscale city in the entire country, but it’s definitely one of the most ideal cities for expats. It boasts international restaurants, swanky shopping malls, and lively entertainment centers. Westerners and even other nationalities should find everything here that would remind them of home.

Outdoor enthusiasts will surely love living in this city nestled between Manila and Batangas City. Lipa City is the largest city in Batangas and it offers several parks, places of worship and reflection, and an atmosphere of peace and tranquility. It’s also near white-sand beaches and dive spots.

It’s also near the Malepunyo Mountain Range, Mount Macolod (also known as Mount Maculot), and the Mount Makiling Forest Reserve, making it the perfect spot for hikers and mountain climbers. An hour away are several great dive sites located in Balayan Bay. You can also fish for bass or go sailing in Taal Lake.

Up next in our list of the top cities for expats is Bacolod, the “City of Smiles.” Bacolod twice won the title of Philippines’ Best Place to Live, in 2008 (by MoneySense) and 2019 (by the Manila Times). It may be a mid-sized city, but it boasts amenities fit for an urban industrial city even as it does not let go of its distinct cultural heritage.

Expats will be able to enjoy the conveniences of modern city life but without the air pollution, traffic jams, and high crime rate. And, as a bonus, the cost of living here is low compared with that of other cities, and if you live here, you won’t have a problem looking for a room when you attend the world-famous Masskara Festival.

If there is one city that would rival Manila when it comes to amenities fit for foreigners, then it would be Cebu City. Like the country’s capital, Cebu is also teeming with high-end shopping malls, tall condominium buildings, and food establishments offering sumptuous local and international cuisine.

What makes Cebu even better than Manila is it can also offer world-class beaches and islands as well as breathtaking mountains that would satisfy any adventurous soul. You can even go dolphin and whale watching if you have the time. What’s more, this highly urbanized city that is also closer to nature is not as crowded as Manila, which means fewer traffic jams and air pollution.

Another reason why Cebu ranks as one of the most ideal cities for expats is that it has a world-class airport that serves as a great jump-off point to other domestic and international locations.

Subic is technically a municipality of Zambales, but it’s arguably one of the most westernized city-like areas in the Philippines since it used to be a U.S. naval base. American expats normally flock here to live permanently as this is probably the closest to being home, with well-built houses (and lots of space between neighbors), power outages almost non-existent, faster internet connection, and fresh air.

Traffic flows smoothly, thanks to traffic rules being strictly enforced and followed. Residents here enjoy not only the modern amenities but, more importantly, outdoor attractions such as water parks, beaches and scuba diving sites, and nature trails. Shopaholics from Metro Manila go here for its duty-free shops that offer imported items at the lowest prices.

Bonifacio Global City isn’t really a city in the geopolitical sense but rather a financial and lifestyle district within the city of Taguig. It’s been giving Makati a run for its money when it comes to business and upscale lifestyle.

A lot of multinational companies have moved their headquarters from somewhere else to BGC, and with them are the more highly paid employees who could afford condo rental and purchase rates and fees.

Unlike Makati with its infamous traffic congestion, BGC has somehow maintained smoother flowing traffic in and out of the vicinity. Condominium complexes have also evolved so as not to cater to single individuals only but to whole families, becoming self-sustaining neighborhoods with their own shopping areas and supermarkets, gyms, restaurants and nightclubs, and even green parks.

The nightlife in BGC might still be not on par with Makati’s but for everyday living, it’s way ahead of the competition.

Why the Philippines Is Great for Expats

Whether you’re a foreigner being assigned long-term to your company’s Philippine office or looking for a place outside your country of birth to settle down or retire, this country of more than 7,000 islands and a billion smiles offers a dozen compelling reasons why it’s the right choice.

As you can see, there’s a lot to love about retiring and living in the finest provinces and cities for expats in the Philippines.

With all the aforementioned reasons why the Philippines is a great place to be your second home, choosing to retire here should be an easy decision to make. And one thing that we can be sure of, just like the host of others who have come before you, you would be welcomed here with open arms and the biggest smiles.

Should you need more information on real estate in the Philippines and related topics, you can find them here at enta.ph.