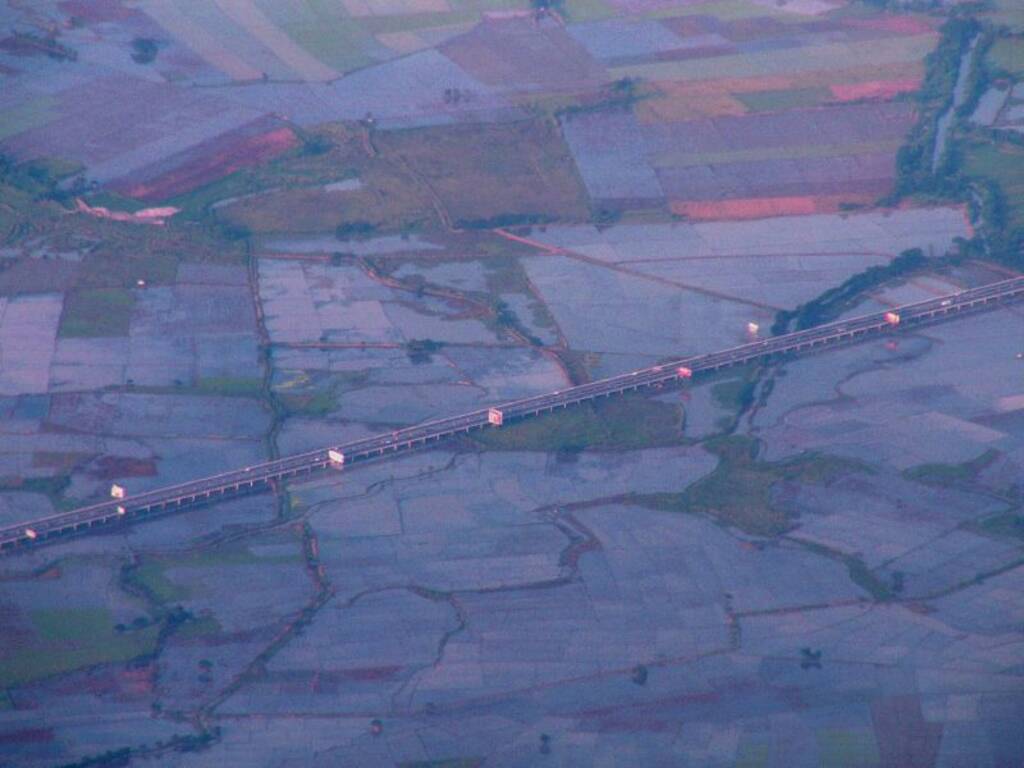 Planning a road trip to NLEX for a vacation up North ? If you are, pack your bags and save this guide as you’ll need it for the drive. Coming from the south or from Metro Manila, you can take NLEX to great destinations such as Subic Bay, Baguio, Pampanga, La Union, and countless other spots. This complete guide has everything you need from rules and safety tips, dining in stopovers, and to many other destinations along the way.

The North Luzon Expressway, or NLEX, was built in the 1960s as part of the government’s program to develop the zones north of Metro Manila. Originally, the Philippine National Construction Corporation (PNCC) managed the expressway. On February 10, 2005, operations and management transferred to the NLEX Corporation and has been ever since. The expressway has served millions of Filipinos as the link to the Philippine’s largest industrial zones and tourism spots in Central and Northern Luzon.

Tips and rules to follow for a safe trip

Driving on expressways can pose quite a challenge for first-timers. Expressways require faster speeds, lane changes, and less room to slow down. The importance of safety on the expressway shouldn’t be underestimated, so here’s a guide to how you can keep yourself and your family safe on NLEX.

Driving on the expressway calls for higher speeds, so you need to make sure your vehicle is in tip-top shape. How to do that? Here is an easy mnemonic for a checklist you can follow–BLOWBAGETS–courtesy of the PNP-Highway Patrol Group.

If you aren’t quite an expert in checking your car by yourself, do not hesitate to approach a reputable mechanic or car shop.

Keep enough distance between you and the car ahead of you. This will allow time and space for you to slow down abruptly.

The limits for minimum and maximum speeds for Class 1 vehicles on NLEX are 60 and 100 kilometers per hour respectively. Pay good attention to your speedometer to avoid accidents and a pricey speeding ticket. On the other hand, driving too slow can make you a traffic hazard, thus, as dangerous as driving too fast.

Driving for too long can strain your eyes, body, and mind. It’s a good idea to find a stopover to rest after several hours on the road. This is especially true when you’re starting to feel tired or sleepy. Grab a bite to eat, go to the restroom, stretch, or simply take a nap. This way, your eyes will work perfectly fine, you won’t get cramps, and you won’t fall asleep behind the wheel. It’s also a good time for your car to take a break as well.

Install EasyTrip RFID on your car

NLEX Corporation aims to make every toll gate transaction completely automated via EasyTrip RFID. It will save you from lining up in toll gate cash lanes. This also means that you wouldn’t be distracted rounding up your paper bills and coins while driving, saving you from a silly accident.

Take care when entering and exiting the expressway

Stopovers and where to eat

Road trips can get quite tiring so you’ll have to look for stopovers to take a break. Here are several stopovers in NLEX you can use either going northbound or southbound. We have also included a variety of food choices so you know what you can eat and where.

The Balintawak Toll Plaza is the last exit on NLEX  when heading southbound to Metro Manila. Keep going and you’ll find yourself in EDSA, a major road that goes across the entire metropolitan area.

Mindanao Toll exit leads to Mindanao Avenue in Quezon City. Being the largest city in the Philippines, Quezon City has become the hub of information technology and is well-known for its entertainment industry.

Valenzuela City is known as the “Northern Gateway to Metropolitan Manila” as there are two major highways traversing it: MacArthur Highway and NLEX.

Meycauayan City is quite famous for its jewelry and leather industries. It has become the hub of jewelry production in the Philippines and is home to the most affordable products.

For religious tourists, Marilao is generally an area for pilgrimage where historical churches are preserved. It is also a great place to eat local cuisine.

Many tourists visit Bocaue to buy fireworks and to join or witness its famous fluvial parade. Because of its many local manufacturers and stores of fireworks, it is nicknamed as the “Fireworks Capital of the Philippines.”

Balagtas is located in the Province of Bulacan, famous for the St. Martin of Tours Parish and the Matungao Bridge.

This rural town in Bulacan is famous for its Carabao Festival where carabaos are paraded and made to kneel as they pass through the San Isidro Labrador Parish Church.

San Simon is not much of a tourist destination, as it is focused on industries in steel, farming, fishing, poultry, and swine. However, driving along San Simon gives you picturesque views of the farmside.

San Fernando, Pampanga is christened as the Culinary Capital of the Philippines. It’s best nown for serving delectable Kapampangan cuisine. So, remember to stop by for a bite!

Going along NLEX, don’t be surprised if you find an exit to Mexico. It’s not that Mexico but the one that is a municipality in Pampanga. It is home to many historical traditions and cultural festivals.

Angeles City is located in Pampanga. This city is rich in history and heritage as well as for its concentration of casinos and vibrant nightlife, especially for men. It is near the Clark International Airport.

Dau is a barangay located in Mabalacat, Pampanga. You can find large bus terminals, transport hubs, and shopping centers such as S&R here.

Sta. Ines is one of the first barrios established in Mabalacat, Pampanga. It is rich in indigenous culture.

Other expressways connected to NLEX

Right after the Dau exit going northbound, you can enter the SCTEX by going through the SCTEX exit. This 93.8 kilometer-long expressway leads to various destinations. It includes Bataan (via Dinalupihan exit), Pampanga (via Floridablanca, Porac, Clark North/South, Mabiga, and Dolores exits), Subic Bay (via Tipo exit), and Tarlac (via Concepcion, San Miguel – Hacienda Luisita, and Tarlac Exits).

Bataan is a go-to for historical sites to visit, including World War II memorial places.

Pampanga is well-known for its delicious Kapampangan dishes, hence the name “Culinary Capital of the Philippines.” It is also home to the Clark International Airport.

Tarlac is best known for its fine foods and vast sugar and rice plantations. This province is also a growing ecotourism destination in the Philippines.

You can access TPLEX via SCTEX. The entire TPLEX has nine exits: La Paz, Victoria, Gerona, Paniqui, and Moncada in Tarlac; Rosales, Urdaneta City, and Pozorrubio in Pangasinan; and Rosario in La Union.

La Union is a province with a rich religious history filled with ancient churches and pilgrimage sites. This place is also known for beautiful beach resorts and surf spots.

Pangasinan is a destination for those who wish to explore islands, beaches, and waterfalls. You can also partake of its delectable local cuisine.

TPLEX has made it faster to reach Baguio City, the Summer Capital of the Philippines, from Metro Manila.

The NLEX is without a doubt such an important road for business and pleasure. It leads to many excellent and beautiful destinations located in the North. Keep this guide with you for a safe and hassle-free journey. If you need other guides to interesting places to visit around the Philippines, don’t forget to bookmark this site, enta.ph/resources.